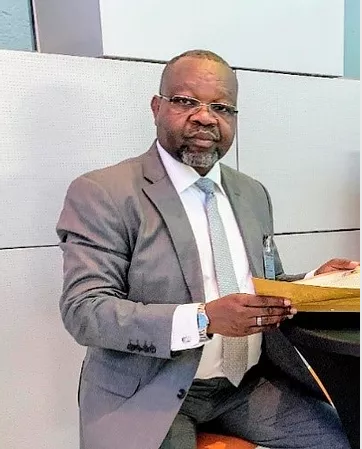 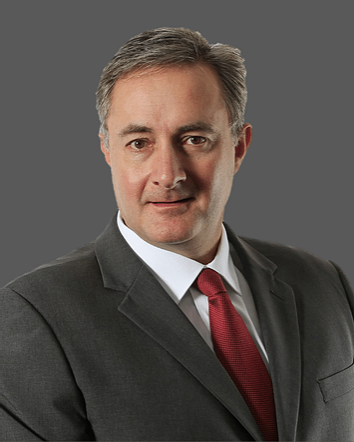 Topic: “Case study and practical guide on how to prepare a forensic report for criminal court case”

Speaker Bio:Director of Mazars Forensics. Christo was a Captain in the South African Police Service, Commercial Crime Unit, where he conducted investigations into all fraud and specialised fraud related matters until 1998.Subsequently, he obtained five years extensive experience with regards to fraud management whilst in the employ of American Express and Nedbank. Christo’s efforts towards fraud prevention, recoveries and the implementation of various fraud prevention measures and controls, earned him and International Service Award, presented to him in California USA, in 1999, by American Express, Global Network Services and he also successfully established a regional office for Nedbank in Cape Town, specialising in Corporate Investigations Card Fraud and Security. During this period he also acted as Chairperson for the four major banks’ Credit Card Investigation Forum, in Johannesburg. Christo established the Business Risk Services Division for Grant Thornton in the Western Cape and subsequently founded RiskWise. During this period and following his appointment at Mazars, Christo investigated several matters within the private and public sector which lead to a number of successful convictions and the recovery of defrauded and stolen funds. This enabled him to build an extensive network within the prosecution fraternities, working closely with the SAPS and the Department of Justice. In April 2019 Christo was appointed as an external independent Chairperson of the Risk Committee of Orbvest Ltd, reporting to the Board of Directors and mainly responsible to manage Orbvest’s associated risks. Christo has appeared as an expert witness in several criminal and civil proceedings. Professional memberships -ACFE (Association of Certified Fraud Examiners –South African Chapter). -President of IAFCI South Africa - Western Cape Chapter (International Association of Financial Crime Investigators)

Speaker Bio: Pieter is a Senior Operations Manager in the Financial Intelligence Centre and overseeing the Investigative Support Service in the Monitoring and Analysis Division. Prior to this position, he was with Deloitte and Touche Forensics and part of Commercial Crime Unit of the South African Police Service and the Hawks with extensive experience in the prevention, detection and investigation of serious commercial and financial crimes. He holds a Master’s degree in Forensic Accountancy from the North West University and is a Forensic Practitioner (FP) SA, Certified Fraud Examiner (CFE) and Certified Anti-Money Laundering Specialist (CAMS). 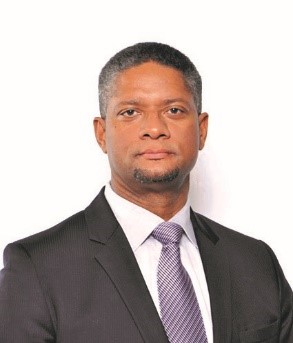 Speaker Bio: Professor Peter Goss (PhD) Manager Director of PETER GOSS (Pty) Ltd www.petergoss.co.za Career that spans over 3-decades in forensic investigation and corporate corruption crisis remediation. He has also established himself as an expert corporate governance advisor. Founding member of PETER GOSS (Pty) Ltd, over the last 20 years Prof Goss has served as managing partner of forensic investigation business units at PwC; and as the Managing Director for forensics and advisory solutions in the South African member firm of Protiviti Global. Serving as: - the Professor of Practice for Corporate Governance and Forensic Auditing at the University of Johannesburg (College of Business and Economics & Faculty of Law) - Chairman of the Board Nominations Committee of Discovery Health Medical Scheme - the forensic audit expert on the Auditor-General’s Advisory Committee for Material Irregularities convened in terms of the new Public Audit Amendment Act - governance expert on the International Standards Organisation ISO Working Group for South Africa developing a new global standard for the governance of organisations - corporate strategy and integrated reporting advisor to a sector regulator in Botswana. His most senior qualification is a PhD doctorate with specialism in Criminal Justice. The product of his doctoral dissertation is a unique Integrated Model for Corporate Governance and Corporate Corruption Solutions. Prof Goss is also the author of three books – one on Corporate Governance (2017), one on Forensic Investigations (2012) and one on Fraud Risk Governance, the latter being launched in 2015 before a peer audience in Las Vegas, USA. He is a regular, current affairs corporate governance and anti-corruption commentator for news media such as eNCA, Radio 702, Newzroom Africa, SAFM and Power FM 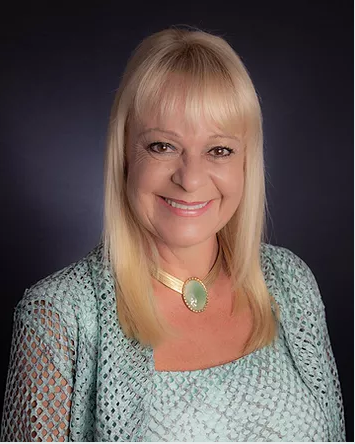 Speaker Bio: CEO VizStrat Solutions. Jacqueline Fick (Jacky) is a member of the National Forum of Advocates. Jacky also holds the designations of Certified Fraud Examiner (CFE) and (FP) SA. She has held several senior positions and has experience in a range of different industries and fields. Although she studied law, her passion for cyber and information security has always remained. She is known for her ability to think on her feet and work under pressure, her leadership and people skills, communication and presentation skills, as well as for applying the law in investigations and prosecutions and pro-active fraud prevention strategies. Her unique career spans across industries: government, investigations and prosecutions, advisory services and consulting, as well as telecommunications. She has also worked closely with various other sectors both locally and internationally in the prevention, investigation and prosecution of cases, including cyber-related offences. She has experience in managing a forensic services unit and has also overseen an information security function. Jacky has also played an active role in contributing to the drafting/amendments of the South African Cybercrimes Bill. Jacky holds the following qualifications: B Iuris, LLB and MBA, CFE, (FP)SA and Advanced Certificate: Fraud Examination. She has also completed her CISSP course. She was admitted as an advocate of the High Court of South Africa in 1997. She is also a member of the Institute of Directors (IoDSA), Risk and Assurance Group (RAG), as well as the Association of Certified Fraud Examiners (ACFE and ACFESA) and the Institute of Commercial Forensic Practitioners (ICFP). 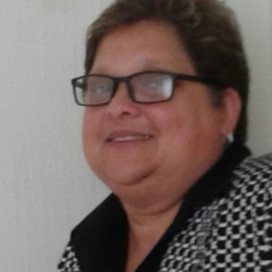 Topic: “Disregard for Human Rights during an Investigation” / Ethics

Speaker Bio:Jason Jordaan is a self-confessed nerd with a passion for all things digital forensics and cybercrime. For him, digital forensics is not something he does, it is who he is. He began his forensic career in 1991, first in the South African Police Service Commercial Branch, and then the Special Investigating Unit, where he left in 2014 as the National Head of the Cyber Forensic Laboratory, to found DFIRLABS, a specialised digital forensics service provider. As one of the early pioneers of digital forensics, Jason continues to work in the digital forensics and incident response field as an active forensic scientist, expert witness, advisor, researcher and teacher, not only in South Africa, but also in the United States, Europe and the Middle East. Jason’s digital forensics research is widely published, and he is actively engaged in the wider digital forensics and cybercrime investigation communities around the world. He is a regular speaker and commentator globally on digital forensics, cybercrime investigation, incident response, threat hunting, and cyber law. He is also a Certified Instructor for the prestigiousinternational SANS Institute, where he teaches Windows Forensics, Advanced Incident Response & Threat Hunting, and teaches and is also a co-author of Digital Forensics and Incident Response Essentials. He has earned a MSc degree in Computer Science Cum Laude, a MTech degree in Forensic Investigation, a BComHons degree in Information Systems, a BSc degree in Criminal Justice Computer Science Summa Cum Laude, and BTech degree in Policing. Jason has also earned the following certification and professional designations: CFCE, CFE, MCSFS, PMIITPSA, FP(SA), M.INST.D(SA), GBFA, GCIH, GCFE, GCFA, and GCCC. Jason’s philosophy towards his passion for forensics is encapsulated in his saying “In seeking the truth, I am both a scientist and a philosopher. The scientist wants to know why, while the philosopher wants to know why.” .

Topic: Practical guide on chain of custody and securing evidence with regards to digital devices

Speaker Bio:Natascha Pienaar has over 20 years’ hands on experience in the ICT industry. She has worked from a position of junior technician to senior administrator. She has written multiple IT policies for clients and worked on disaster recovery, networking, server implementation and support. Natascha currently manages 20 staff in the Cape Town office on the IT side. Natascha Pienaar is a Certified Fraud Investigator and has over 8 years’ experience in the forensics industry, starting as an investigator on computer systems, servers and cellular handsets. During this time, she has conducted dozens of examinations into employee misconduct on company assets including user-behavior analysis and internet activity monitoring. Natascha has worked as a forensics team member during a number of Forensic Investigations for government departments and commercial entities in her Forensics capacity at TCG Digital Forensics. She has extensive experience in acquisition of computer systems and artefacts as well as managing the chain of custody cycle. Natascha Pienaar is a CFE with the ACFE (Association of Certified Fraud Examiners). She has completed a certification with the University of Pretoria in Digital Forensics, and Certification in IT Management from the University of Cape Town. Natascha Pienaar is a member of the IAFCI (International Association of Fraud Crime Investigators). 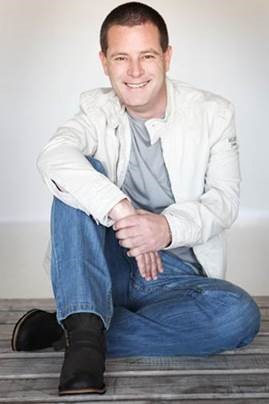 Speaker Bio: TCG Digital Forensics has offices in Cape Town and Pretoria offering baseline forensic investigative services. Services include Cyber Crime investigations, Cellular and data analysis, and Open Source Intelligence. Services are predominantly offered to attorneys, accountants, auditors, and investigators requiring specialised skills. Having left corporate IT as the National Systems Administrator for Shell Oil (ARB) some 20 years ago, he opened his own company in the IT maintenance and support space. Growing from simple beginnings the company evolved to employing 20 staff between its Cape Town and Johannesburg offices catering to maintenance and infrastructure requirements of the SME market. Early in the companies evolution, it became active in the data recovery market which ultimately evolved to what is now the companies Digital Forensics division. His early engagements with companies such as Cellebrite and Magnet have ensured that the company has at all times maintained a reputation for the best of breed technologies. Craig tends to focus much of his time on the management of investigations within the company and developing Open Source Intelligence paths and tools to enhance data collection and analysis abilities. Craig has a CFE and is a Certified Cyber Crime Investigator. 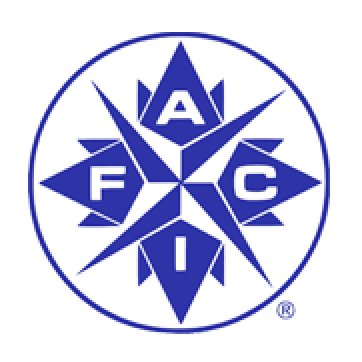